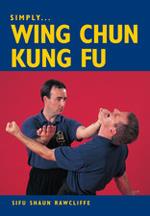 Wing Chun is a logical, scientific yet simple Chinese martial art system, which was developed purely for practical and effective self-defence for everybody. It is a martial art known for its efficiency and economy of movement, which emphasizes natural and efficient use of the body.
Topics include: the fundamental principles of the hand and leg techniques, detailed explanations of the shape, structure and movements, and a checklist for each technique, plus a detailed analysis and explanation of each of the “empty hand” forms.
An in-depth explanation of the principles and concepts behind Chi Sao, Wing Chun’s “sticky hands” and a scientific and anatomical explanation of the basic principles underlying the Wing Chun system are also included.